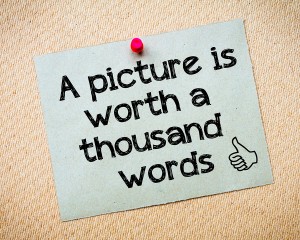 Whether we like it or not as Heraclitus, the Greek philosopher so elegantly put it “The only constant in life is change”.  While this maxim is true in all walks of life it is particularly relevant in the world of social media and in particular how pubs, bars and restaurants need to keep evolving and modifying how they use these different platforms.

Platforms which once seemed leading edge such as Vine, Google Plus and MySpace (well maybe not!) are now just a distant memory.  Even more established brands such as Facebook or Twitter look and feel very different to the way they did when they were originally launched.  More importantly the way consumers, your customers, interact with these platforms has also changed.

What hasn’t changed is the growth in their penetration and influence they are having on our lives.  At a global level at the start of 2020 there were 3.8Bn active social media users, just under half the world’s population.  With an overwhelming majority of these users doing so via mobile devices.

As technologies have developed, what has also become clear is how powerful photographs and videos have become compared to the simple written word.

So my question is; are operators doing enough to visually showcase their outlets using the latest social media platforms? 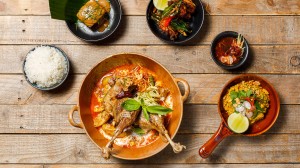 Whether you are using Facebook, Twitter or Instagram and ideally a combination of more than one of these, it’s far more powerful if you can show your customers and potential customers rather than simply tell them.  The suggestion therefore is whenever possible use visuals to get your message across rather than just text.  At its simplest level this may just be photos of your food and drink but realistically it can and should be so much more.  By displaying pictures of inside your outlet you can also hopefully show how appealing your venue is as well as some of its key features.

Another important thing to remember is that visual social media thrives on “sharing”.  So the more interesting and original your content is, the more likely it will be shared by others.

It is amazing the quality of work which people can now produce using an everyday smartphone.  You will probably also have some very talented people who already work for you who have hidden skills when it comes to posting their own content on social media platforms.  There is nothing wrong with tapping into this not least as it also helps build a sense of community and ownership across the team.  And if you don’t have anyone with the right level of skills, there is nothing wrong in investing in some in-house training on some of the basics.  Experience shows that you will get payback on any investment in training quite quickly when you and your team start creating and editing quality content for use online. 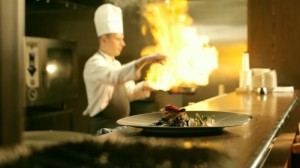 While pictures and photos are a great place to start, what has become clear over recent years is how powerful video or gifs (graphic interchange format) have become.  While a bit more complicated to produce, research suggests that videos on social media generate over 1,000 percent more shares than text and images combined.  The science suggests that video can be processed by our brains significantly faster than text or even images, and is far better at igniting our emotions and personal connections.

From a content point of view video also provides a far greater opportunity for creativity.  Examples I

have seen have included; promoting special offers, “behind the scenes” view for customers to see, as well as meet the chef or features on individual employees.

While this may sound daunting, it shouldn’t and isn’t.  Many quite small venues are taking advantage of things like Facebook Live to ‘broadcast’ fun and engaging content.  The added benefit from something like this is you can also get immediate real-time feedback from customers, which can be used to tweak or enhance an offer.  Imagine trying to get this level of engagement from more traditional promotional methods?

The door swings both ways… 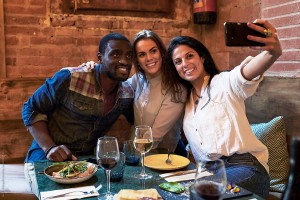 One of the biggest mistakes that operator often make when they look to use social media is that they think it’s all about them.  Well of course it is I can hear you say.  Well it is but again it isn’t.  If you just use social media to push content out, you are effectively using it as you would more traditional media such as posters or flyers.  What you aren’t doing is embracing the additional benefits it can offer such as the ability to engage with your customers.

Two simple ways you can do this are to a) respond to reviews and b) re-share customer content.

Reputation is a big part of any hospitality venue and one poor review can have a disproportionate impact on future trade.  A swift response can often diffuse a situation before it gets out of hand.  Conversely acknowledging a positive review can also have its benefits, although my recommendation here is to maintain a degree of humility rather than bravado.

Re-sharing customer content, assuming it is appropriate, is almost a no brainer.  It helps build your social relevance and brand awareness with the added advantage that you didn’t have to create it in the first place.  It is also likely to have a really positive impact on the originator, creating additional feelings of good will and patronage. 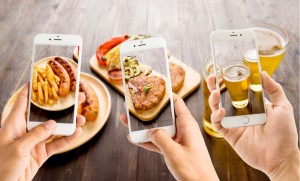 Although your photos and videos are likely to have more impact than simple text, there is nothing wrong with mixing things up.  Just using one form of communication can make you seem predictable and that’s’ only one step away from stale.

If you are using Instagram there is nothing wrong with overlaying some text from time to time.  Remember while it might be obvious to you what message you are trying to convey, there are others who may need a little clue or two.  You can also use hashtags, although I would be mindful not to over use them as they can sometimes be a distraction rather than a call to action.

While there will be some pieces of information which need to remain the same, such as opening hours, you have the power and the scope to tweak or change almost everything else.

Finally while quantity of posts etc. is important so is quality.  Poor execution, be it the video, sound or the actually content can be more damaging than not posting at all.