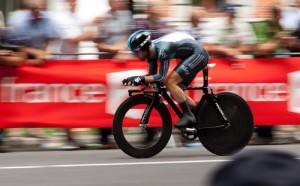 In 2010 Team Sky entered the world of professional cycling.  Its stated ambition was to win the Tour de France with a British rider within five years.  This was achieved in 2012 as Bradley Wiggins became the first British winner in the history of the race.  This was followed up in 2013, 2015, 2016 and 2017 as Chris Froome went on to win the same race.  Although the team name and sponsor changed the core team, including their performance director, Sir Dave Brailsford remained the same.  This saw additional wins by Geraint Thomas and Egan Bernal in 2018 and 2019 respectively.

So what was their secret?

Much of how they succeeded is specific to their particular sport however there are two broader principals which are worth noting.  First of these is the idea of marginal gains.  Speaking to the BBC in 2012, Sir Dave Brailsford explained “the whole principle came from the idea that if you broke down everything you could think of, that goes into riding a bike, and then improved it by 1%, you will get a significant increase when you put them all together”.

The second principal but very much linked to the first is the idea of continuous improvement.   So why should operators be thinking about this when it comes to training their teams?

It’s not just for new employees… 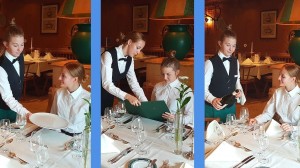 When a new employee joins an operation it’s usual for them to undergo some form of training.  This may include familiarising them with operating procedures as well as the various health & safety and food hygiene training which is now legally required.  Unfortunately for many people working in the industry once this introductory training has been completed they are expected to just get on and do their job.

As the pace of change shows no signs of slowing down any business which allows its employees to stand still actually risks the operation going backwards.  Trends change, new and better working practices emerge and of course there is the ever evolving world of technology.  It seems every other day a new application or different form of communication appears which in turn changes the way in which people think and behave.

Only by adopting a philosophy of continuous improvement for its entire staff, through training, can an operation expect to keep ahead of the game. 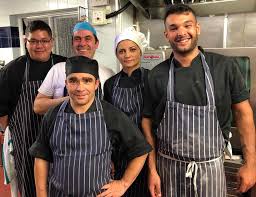 It is generally accepted that in customer service industries such as hospitality, staff satisfaction often has a direct impact on the quality of service that is then delivered to the end customer.  A happy team usually means happy customers.

Most people are curious in nature, and intrinsically motivated to learn.  If your team feels like they are continually learning they are more likely to feel positive about themselves and working for you.  A pub, bar or restaurant which continually trains its staff is also likely to have a higher retention rate.  Staff turnover can be costly as well as very time consuming when it comes to having to replace someone.  In addition operators who get a good reputation for training their teams are more likely to attract a better calibre of people wanting to work there.

Well trained and motivated teams are also likely to be more confident, more able to deal with change and more efficient than those who aren’t.

Not just about hard skills… 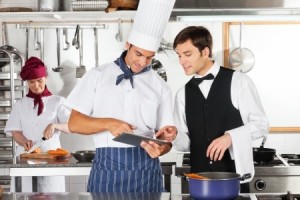 When talking about training especially in the hospitality industry it is easy to just default to what I would call hard skills.  These tend to be role or job specific and involve training someone to do what they do but better, quicker or more effectively.  These are quite clearly very important but so are some of the softer skills which often get ignored.

One of the most important things for any pub, bar or restaurant to get right is that everyone needs to be pulling in the same direction.  When everyone works as a team then it is more likely that everything will run smoothly and customers will get a great experience.

Just saying this however doesn’t make it come true.  Whether we like to acknowledge it or not, not everyone will get on with each other all the time.  In any given shift there will be a range of personalities, emotions and ego’s which all need to be brought together to ensure a first class service is delivered.  Training your teams on some of the softer inter-personal skills such as conflict management, communication and working under pressure is one way to help them deal with any issues in a more efficient and productive way. 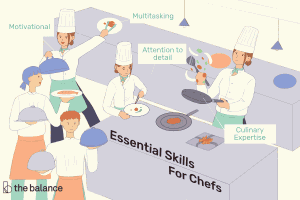 Setting a programme of continual learning shouldn’t be done in isolation.  One of the most important aspects of any training is to make sure it is right for the people who are on it and not be just a list ticking exercise.

One of the best ways to do this is by talking to your teams in terms of what training they think they need.  Employees are likely to be more engaged if they feel they have shaped the training which is being delivered.  Another thing which is often forgotten or overlooked is to explain to those concerned what the objectives are for the training.  Why it is important and what benefits the individual and the business will gain by doing it.  Again by doing this it should be clear to all how important it is and how everyone is going to benefit from it.

It does impact profits… 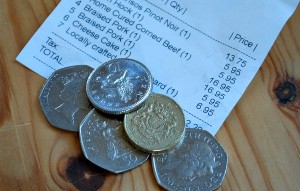 It is fair to say that some pubs, bars and restaurants neglect continuous training programmes because they think it costs too much or reduces staff productivity.  These are both quite short-sighted views.

Time waits for no man and the hospitality industry is transforming faster than ever before.  Operators and employees alike need to keep up with these changes.  Failure to do so may have a direct impact on the bottom line.  Best case is that outdated procedures and practices maybe inefficient, worst case maybe that staff aren’t up to speed with the latest industry regulations, which in turn could lead to fines or prosecutions.

Time and time again we also see that operations which have well trained, knowledgeable and well-motivated employees are more likely to be profitable compared to those that don’t.