The majority of work I do tends to be on specific projects; sometimes that is for national or even international brewing companies, sometimes it can be for multi-site businesses or even individual outlets.  As much as I enjoy these projects what I also enjoy is delivering training, based on my industry knowledge and experience, to operators and their teams.

Although there are many fundamentals which never change, I find it important to make sure that my content keeps up to date and reflects the trends and challenges that the industry needs to be aware of.  As well talking to my contacts across the industry this also involves reading and of course keeping an open mind on things.  It was during one of these ‘fact finding’ sessions where I came across some statistics which completely blew me away.

Back in 2013 the Home Office, the lead government department when it comes to keeping citizens and the country secure, published research into how prevalent drug use was in the UK.  As someone who has never been interested in that sort of things, I found their findings quite eye-opening.  Here are just a few headlines from their research.  Apparently 1 in 3 adults, some 12m people, had taken an illicit drug at least once in their lifetime, with 3m having done so in the previous year and nearly 2m in the last month.  Not surprisingly Cannabis was the drug most commonly used, however around 5m or 16% of adults reported having taken Class A drugs, 1m in the last year and 500,000 in the last month.

With this level of usage, it had me wondering how many operators may have a problem with drug usage within their outlets but not know about it?

Deal or no deal 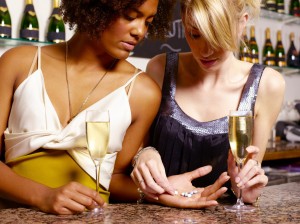 I am sure most operators reading this will immediately be saying “I don’t have that sort of customer in my outlet(s)”.  Hopefully that is true.  Unfortunately, life isn’t that simple.  Neither age nor wealth are defining factors when it comes to drug use, although it might have an impact on the types of drugs they use.  For example, it is sometimes said that cocaine is the rich (wo)men’s aspirin!

Leading on from this the reality is that drug dealers, for want of a better description, come in all shapes and sizes.  So how do you go about spotting them?  As with any other potential misdemeanours which may occur in your outlet it is all about making sure you and your staff are observant.  Here are just a few things which are worth keeping an eye out for.

Are there any of your customers, maybe even regulars, who are in your outlet quite a while but seem to have lots of ‘friends’ but who only seem to stay for short periods of time?  Another potential watch out is for customers who seem to be making frequent trips either to the toilets, or maybe the garden or car park.  This has become increasingly difficult to monitor now that people have to go outside to smoke, so it’s even more important to remain vigilant. 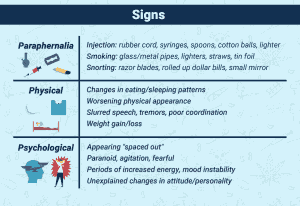 ven if people aren’t buying drugs in your outlet, it doesn’t mean they aren’t using them.  This means that operators of pubs, bars and restaurants all have to be equally aware of what might be going on in their venues.  Like alcohol, when it comes to drugs, they have different effects on different people, so one size doesn’t fit all.  Sometimes the signs and symptoms are physical, alternatively they may be behavioural and of course sometimes they can be both.

Physical signs might include very dilated pupils, often referred to as “saucer eyes”.  Excessive sniffing, a dripping nose as well as watering or red eyes may also be signs of drug use.  When it comes to people’s mannerisms or behaviours you should be mindful of not misinterpreting unusual behaviour as the result of drugs rather than a bit too much alcohol.  That said, customers who exhibit extreme behaviours or emotions when in your outlet need to be watched if only for their and your other guest’s welfare.

Not on my watch

It may seem obvious but the cleaner your venue is the less likely it is to attract either drug dealers or indeed drug users.  And this isn’t just about at the beginning or end of service, I also mean during.  Outlets who operate frequent glass collections as well as wiping clean and checking in on tables not only provide great customer service, they also create frequent opportunities for your team to know what is happening in your venue.  These simple acts in themselves will make any venue less attractive as a place for dealers to frequent.  The use of CCTV both inside and outside is also an effective deterrent especially if your clientele know it is regularly monitored by staff.  Where CCTV can’t be used, such as in the toilets, make sure that they receive regular checks.  Encourage your teams to report any suspicions they may have which may suggest drug misuse in your outlet, even if it appears to be an isolated incident.  Failure to take decisive action may encourage further and more frequent drug use at a later date.

Not about the high ground 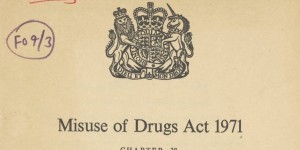 Talking to different operators particularly across the generations it is fair to say that individuals’ attitudes to using drugs varies quite a lot.  And while that might be fine from an intellectual point of view there is a reality which can’t be ignored.  And the law is very clear about it.

Whilst operators can never ensure that no drug users or dealers ever come onto their premises, it is the responsibility of the licence holder and Designated Premises Supervisor (DPS) to make sure that they rigorously attempt to deter drug use and supply.  If not, it may result in a review of the licence under the Licensing Act 2003 (section 51).  Possible sanctions may include tough operating conditions or a removal of a license altogether.  Furthermore, under the 1971 Misuse of Drugs Act the courts can impose heavy penalties on anyone who permits drug-related activities on their premises.  This may also lead to a forfeiture of an individual’s personal licence.

As well as the risk of fines, there is also the risk of your outlet’s reputation.  Regardless of customers own attitudes towards drugs they will quickly vote with their feet if they think an outlet is turning a blind eye to drug-related activities.