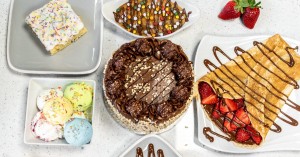 While 2020 was a difficult year across the board, it has been clear that certain people and some sectors suffered more than others.  The two which particularly stood out to me were Hospitality and Retail.  During the various regional and national lockdowns both of these had to contend with either restrictions on when or how they opened or in many cases complete closure.

I was therefore pleasantly surprised to see in early January 2021 that Hotel Chocolate actually reported a jump in revenue of 11% for the 26-week period to the 27th of December 2020.  This was driven by an uplift in their on-line sales which helped to offset the impact of store closures due to Covid-19.  Notwithstanding that this included the run up to Christmas, it represented an excellent performance.

It also suggests that consumers definitely have a sweet tooth.  This being the case it had me wondering why so many venues seem to treat their desserts as an afterthought rather than an integral part of their proposition.  So, is there an opportunity for operators to get more out of their dessert offer? 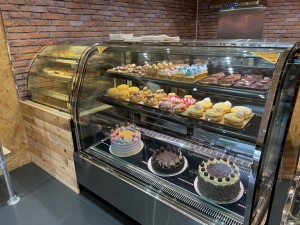 Talking to people across the hospitality industry one of the common reasons given for this lack of focus on desserts is the belief that they aren’t as profitable as other courses.  This thought process is often driven by what many consider to be the disproportionate time they take to make, along with the specialist skills required to execute at the required level.  And whilst both of these points are valid, in the modern world there are more than enough ways to overcome these would-be barriers.

One way to address these concerns could be to outsource your desserts to a local bakery or specialized supplier.  This way you can keep to a high standard but limit any additional staff costs or kitchen space.

Another issue raised is that providing customers with desserts slows the turnover of tables.  If customers stay longer, it can be seen by some operators as a drag on profitability.  This would definitely be true if only one person on a table of 6 ordered a dessert and your margins on desserts are quite low.  However, keeping people seated as long as possible should give you and your team the opportunity to increase overall sales through upselling and even if your margins are not as good as they might be, it can be a boost to your cash-flow.

One of the issues here is that servers often just offer customers desserts at the end of their meal rather than actually trying to sell them.  And this passive approach tends to have a fairly low success rate. 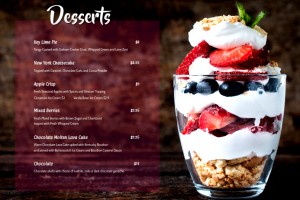 As with most types of selling you need to train your staff to be empathetic with your guests at all times.  One way to achieve this is for them to match their words and actions to the way the table has been behaving during their other courses.  If the table has been quite boisterous then a more upbeat and playful approach can be adopted.  Conversely if the table has been quite quiet then a more considered and thoughtful strategy might be more successful.  In either case a key fundamental is not to ask closed questions.  If you do, this it can halt any potential discussion even before it has a chance to begin.

I have lost count of the number of times a server has come to my table and asks, “shall I bring the dessert menu?” and in the majority of cases this usually results in a “no thank you”.  However, when they automatically bring the menu or skilfully describe what is on offer, the likelihood of me ordering dessert goes up considerably.  You also tend to find that if one person on the table is tempted to order something then chances are others will do likewise.

Something else which I have seen work on a few occasions is when the venue offers a takeaway option.  If your customers are pressed for time offering them the ability to take a dessert away with them may also be worth thinking about.

Is it on the trolley 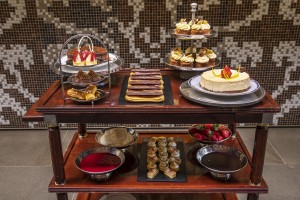 As with the rest of your menu there are no hard and fast rules in terms of what you should include as part of your dessert offer.  However, there are somethings I would suggest it’s worth considering.

First of all, as much as possible your desserts should be in keeping with the tone, style and indeed pricing of your other dishes.  For example, you wouldn’t expect to see rice pudding on the menu of a Chinese restaurant or desserts which are more expensive than the main courses!

The following are not mutually exclusive, otherwise you would have too many, but more an indication of some of the types of desserts you could consider including on your menu.  At its most basic level I would usually suggest that there should also be at least one hot and one cold item.  How many of each will probably depend on the time of year or your style of food.  Next make sure you have at least one vegetarian/vegan option.  Not to do so in this day and age is likely to upset or annoy some of your guests as well as representing a missed opportunity.  On a similar vein a non-dairy option is also worth considering.

Finally, don’t forget chocolate, fruit or indeed ice cream.  These tend to be universally liked and can appear on your menu in many different ways. 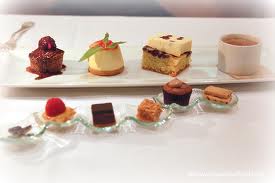 Just some final thoughts to finish with.  As a customer when it comes to desserts I am often spoilt for choice.  One way that operators have found to tap into this feeling is by offer mini selections or dessert flights.  This is where you have the chance to try, usually 3, mini versions of different desserts.  This is also a great way to get people to try new things.

Something else I have seen being encouraged more and more is that of sharing.  At its simplest level that maybe just bringing two spoons for one dessert, however more creative operators are now using techniques previously confined to starters (appetizers) when it comes to their desserts.  Examples of this include Cakes (obviously), Ice Cream Sundaes as well as Marshmallow Dipping.  Whilst not for everyone, options like this can be really appealing when you have big table or group bookings.