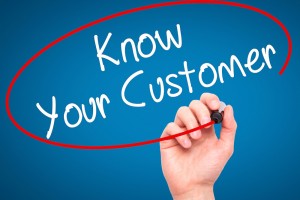 In 1989 Kevin Costner stared in the film Field of Dreams.  For those not familiar with the movie it revolves around baseball and is based on a novel Shoeless Joe.  He was a famous baseball player who was involved in a match fixing scandal were 8 members of the Chicago White Sox team were accused of throwing the 1919 World Series.  One of the most quoted lines from the movie being “If you build it, they will come”, although the actual line was “If you build it, he will come”.

The reason for mentioning this is that I still come across operators who come up with and launch concepts without fully researching them first.  Sometimes this will be independent owners, other times it might be a multi-site operator who has found success and then think they can simply roll-out their idea in different geographical locations.

Sometimes doing this might work but it also leaves far too much to chance for my liking.  Researching what customers want can be very time consuming and often expensive so I can understand why some may be put off doing it.  That said if I can borrow the first few lines from the Rudyard Kipling poem “I Keep Six Honest Serving Men” that might help provide a framework which may help operators better understand what their customers are looking for?

I KEEP six honest serving-men (They taught me all I knew);  Their names are What and Why and When And How and Where and Who. 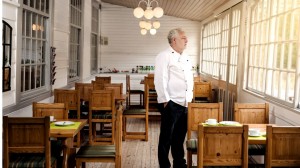 So, you have come up with your concept, great.  You may have a clear understanding of what it is all about but that’s only the start of things.  You also need to make sure that your potential customers fully understand what it is you are offering.  So often venues can end up confusing their guests by sending out mixed messages.  For example, I have seen outlets promote themselves as providing “all-day dining” only to find that their kitchens stop operating at 9pm.  The term ‘late night bar’ can also mean different things to different people.  The clearer you can be about what your offer is the better chances you will have of being successful.

Something else which can sometimes be overlooked is to ask yourself why it is you have come up with a particular offer?  All too often I hear people tell me that they are doing something because they are good at it, rather than telling me that they are doing something because they know there is a demand for it.  And remember this doesn’t just apply to the overall concept.  It can also relate to some of the individual elements.  A great example of this is pizza ovens.  While it is true that they have become increasingly popular over the last few years it doesn’t mean they are the right thing to have in every outlet.  Having visited several food-led pubs who initially installed one of these I now find that many of them are no longer being used or have been removed altogether.  And let’s be honest they aren’t cheap.

Even though you may think something is a great idea doesn’t always mean that it will be popular. 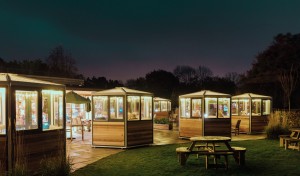 Although there are many things which can have an impact on whether a hospitality concept is successful, or not, one thing which history has taught us is that timing is everything.  Taping into the zeitgeist, which means “spirit of the age’ can often mean the difference between success and failure.

For example, when I was working for Bass they launched the first O’Neill’s pub retail brand in Aberdeen in 1994.  By the end of 1996 there were over 50 sites across the country.  Around the same time Bass launched Caffrey’s Irish Ale.  Both the retail brand and the beer brand saw sales growth significantly over the next few years.

I should also mention that Riverdance was first performed during the interval of the 1994 Eurovision Song Contest at the Point Theatre in Dublin on 30 April 1994.  The performance was transmitted to an estimated 300 million viewers worldwide and earned a standing ovation from the packed theatre of 4,000 people.

The combined success of O’Neill’s and Caffrey’s also saw the launch of many copycat brands trying to tap into what was a clear appetite for all things Irish.  However, none of these alternatives managed to capture the public’s imagination in the same way as the originals.  It wasn’t that there wasn’t a demand for more brands like these at the time but rather that their execution was nowhere near good enough in most cases.

Although being first to market with a new retail concept can be a major advantage following an established trend can also work.  The key is to try and have your own take on things as well as not to cut corners.  The last thing you want to be seen as is a weaker version or down-market ‘me too’. 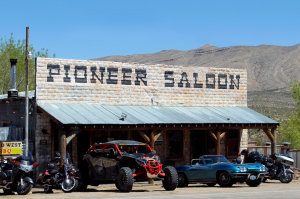 It may seem obvious, but location is a major driver in terms of what retail concept may or may not work.  The successful operators know this and will often reject sites which don’t match the exacting criteria they have given themselves.

Very much linked to location is who your potential customers might be.  Some concepts are very much based on a local clientele, local village pubs for example, whereas others such as fast-food chains might rely on a high level of passing trade.  Heavy footfall and possibly good transport links are essential in the case of the latter.

I will sometimes start a conversation with an operator around who they don’t want in their venue rather than who they would like.  This may seem counter intuitive but bear with me.  One problem which some outlets have is that they can end up with too many of the wrong types of customers in their outlets which in turn can put off those that they would really like to see.  For example, if an operator’s success is based around a high turnover of tables and guests then if it ends up with groups of customers who have a longer dwell time this can seriously impact profits.  High-end dining often tend to have the opposite approach were in they look to maximise the spend from each table over a longer period of time.

There is no right or wrong approach regarding this.  However, the important thing is that you and your team are clear on what your objectives are and that everything you do is geared around attracting and keeping those customers who match the profile which you need.

In order to do this, it is extremely important to know as much as you can about what your customer want.  Then have the ability to be able to flex your offer accordingly to match these needs and therefore maximise your profits.