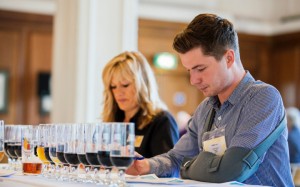 CAMRA is to include new beer styles in its Champion Beer of Britain competition, with winners announced at the Great British Beer Festival in August.

A review by beer writers, brewers, and CAMRA members was launched to determine the most relevant beer styles in the market, resulting in the most far-reaching update since 2008.

The new styles will be unveiled at the Manchester Beer Festival (January 22-25) and the Great British Beer Festival Winter in Birmingham (February 4-8) at a series of information/tasting sessions run on the opening trade days.

Christine Cryne, who chaired the review, said: “The range of beers in the UK has moved on substantially over the past decade, and our Champion Beer of Britain competition needs to reflect that. Many beer styles that were not really noticeable on the market a decade ago have become more prominent …

“As a result, the total number of judging categories has been increased, and new styles will be entering the competition for the first time, such as IPAs and pale ales. These changes ensure that the Champion Beer of Britain competition remains up to date and truly reflects the very best beer in Britain.”