Coronavirus: Restaurant bosses in plea to PM for help 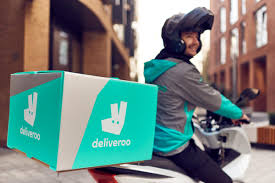 Bosses at restaurant and food chains including Wagamama and Pizza Hut have warned the prime minister the sector faces mass job cuts without more help.

In a letter to Boris Johnson backed by 90 firms, they say that if social distancing remains they will need action on tax, rents and other support.

Deliveroo organised the letter, signed by its partner restaurants including Itsu and Pret A Manger.

The government has commissioned a comprehensive review into the two-metre rule, which the prime minister’s official spokesman said on Monday would “look at evidence around transmission of the virus in different environments, incidence rates and international comparisons”. Ministers have said the review will be completed “in the coming weeks”.

In the letter, the bosses write: “Without government support to help restaurants to generate revenue and cover costs, tens of thousands of restaurants may be forced to permanently close their doors in the coming months.

“This crisis is far from over and the potential consequences are deeply concerning. A huge number of restaurants across the country are facing the prospect of bankruptcy.”

The firms own outlets across the UK, but are likely to reopen them at different times. In Northern Ireland, restaurants and cafes can reopen from 3 July, and in England the day after. The Scottish government has outlined a phased approach to pubs and restaurants reopening but there is no date. Nor is there a date for Wales.

The action called for includes slashing VAT on restaurant food and maintaining the Job Retention Scheme for restaurants while social distancing measures are in place.