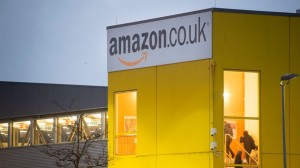 US online retail giant Amazon paid £220m UK tax in 2018, according to an internal audit analysing the accounts of all UK-based subsidiaries.

The disclosure marks the first time Amazon has revealed the full amount it has paid in taxes in the UK.

National insurance contributions made up the biggest proportion of the payment, followed by business rates, corporation tax and stamp duty.

Amazon also said £573m was collected by the internet giant via indirect taxes as a result of UK business activities.

The company has been heavily criticised in the past for not revealing the details of tax payments in the UK, whereby all sales were routed through its European headquarters in Luxembourg, a practice that changed in 2015.

On the company’s 20th birthday Labour leader Jeremy Corbyn wrote a birthday card to Amazon, saying: “You owe the British people millions in taxes that pay for the public services that we all rely on. Please pay your fair share.”

Amazon has revealed that total UK revenues were £10.89bn last year, but added that £625m was spent on updating warehouses and opening new offices.