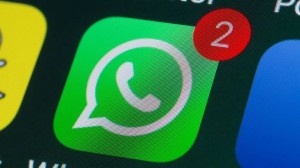 WhatsApp has urged users around the world to update the messaging app after it was targeted by a cyber surveillance attack.

Dozens of WhatsApp users, including human rights organisations and a UK-based lawyer, are thought to have been targeted after hackers exploited a major vulnerability in the app in an attempt to take over the operating system.

The attackers were able to install spyware through WhatsApp’s voice call function, even if the user did not pick up the call, the company confirmed.

The breach was discovered in early May and has since been fixed but WhatsApp, which claims to have more than 1.5 billion users, has urged people to update the app to the latest version.

The company said it was targeted by an “advanced cyber actor” and worked with Citizen Lab in Toronto to roll out a patch to fix the issue.

Engineers said that people who were targeted may have had one or two missed calls from a number they did not know.

But the targets did not have to answer the call in order for the code to be “shipped” and in some cases a missed call notification was wiped.