No meat and greet 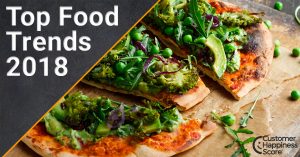 Talking with my son the other day I was explaining how different going to pubs and restaurants was today compared to when I was his age.  For example, even though I have never smoked I recalled how when I got back home after a night out the odour from second hand smoke lingered on my clothes to the point where they always had to go straight into the washing basket.  Although not as bad, even after going out for a meal the same thing often occurred, as smoke has no respect for who is sitting in a smoking or non-smoking part of a restaurant.

Smoking aside we also talked about how the variety and choice of what you could order has also changed significantly.  And for the better I gladly agreed.

Back in the day if you wanted pizza or pasta then a bona fide Italian restaurant was your only option.  The same could also be said for any number of dishes which we now take for granted will be available across a range of different casual dining formats or food-led pubs.

Of course these changes didn’t happen overnight; they are a product of the gradual changes that operators needed to make in order to keep pace with their customers.  History shows us that those operators who don’t change or adapt either get left behind or require major re-positioning to continue to be successful.

So looking to the future what are the current changes which, when we look back in a few years’ time will have become part of the mainstream rather the exception. 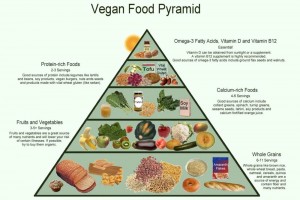 Whist what is in fashion in the world of dining can come and go, without exception one of the most significant trends in recent years which looks here to stay is the rise in those customers demanding a vegetarian or vegan option.  Figures vary depending on what research you read but in general it is estimated that around one in ten people within the UK currently identify with being either vegan or vegetarian in some way or another.  So why is it so difficult to get accurate figures on the size of this opportunity?  Firstly the base keeps changing.  In its 2018 Casual Dining report, food supplier McCain suggested that the number of adults now following a vegan diet had increased by 500% since 2016, putting the number of vegans now living in the UK at around 3.5M.  Secondly, and perhaps one of the reasons why some operators have struggled in the past, is that there are a number of different degrees of vegetarianism.

For the record here are the four most common:

In addition Veganism is a way of living which seeks to exclude, as far as is possible and practicable, all forms of exploitation of, and cruelty to, animals for food, clothing or any other purpose.

And it’s not just vegetarians or vegans who are looking for non-meat or fish options.  There are an increasing number of people, particularly within the younger age groups, who no longer feel the need to have meat every time they go out to eat. 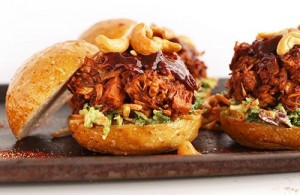 It is estimated that just over half of all UK restaurants now offer at least one vegan option.  That still leaves a large number who don’t.  As the number of customers looking for a vegan or vegetarian meal increases, just having a token item on the menu will no longer cut the mustard.  This is no longer simply about ticking a box.  It’s about finding ways to adapt your menu to maximise the number of guests you can attract.  There is also the opportunity to be creative and generate a point of difference between you and those other outlets you are competing with.

Whilst I don’t profess to be an expert in this area, here are just a few examples of ingredients which are increasingly finding their way onto UK menus.

Tofu, this is a great substitute for meats including pork, chicken, beef, and seafood in recipes.  It’s made from soybeans and is high in protein and calcium.  It also has an amazing ability to absorb flavours through spices and marinades, so be liberal with seasoning before cooking it.  Tempeh is another soybean derived option.  If gluten is not an issue, Seitan might be worth looking at as it provides the most meat-like texture.  Seitan is processed wheat gluten and it is a great source of protein.  Something which is also growing in popularity is Jackfruit.  It may be a healthy tropical fruit, but its texture and mild taste make it a wonderful stand-in for meat.  It is increasingly being used to produce ‘pulled-pork’ style dishes.

Is my drink a bit fishy 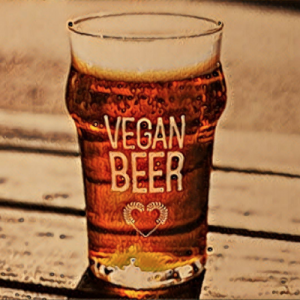 Whilst some beer and other alcoholic drinks maybe suitable for vegans and vegetarians, in general that’s not usually the case.  Although most beers are a combination of water, malted barley, yeast and hops many brewers also use isinglass.  Isinglass is the dried swim bladders of fish, which is used as a refiner in certain beers and wines.  For example ‘finings’ are often used to clarify the beer towards the end of the production process and to help speed up the clarification of the drink.  Tiny particles of fish are often left in the beer after the brewing process is complete meaning it’s not suitable for vegans and strict vegetarians.

So when thinking about the vegan or vegetarian options on your menu you should also think about what drinks will appeal to the same group of customers?  This doesn’t mean you need to stock lots of weird or left-field brands, although that’s always an option.  There are an increasing number of well-known brands which will meet the required criteria.  If in doubt ask your supplier or alternatively there are sites like www.barnivore.com which provide lists of vegan friendly alcoholic drinks.