All I Want For Christmas Is You

Although the exact origin of the phrase “He who fails to plan is planning to fail” isn’t clear, what isn’t disputed is how such a simple statement can be applicable in so many areas of business and life in general.  For me it is particularly important when looking at how operators plan and prepare for the Christmas trading period.  This for many venues may start as early as Mid-November and run through until at least the first week of January.

It is encouraging that more and more operators are getting better at planning their activities for what can often be a make or break time of the year for some outlets.  However one area which often doesn’t get the amount of attention it should is the on-going management of the in-house team during this often quite stressful trading period.  In my experience the happier and more motivated the team; the better the experience will be for your customer.  This in turn should translate into more money coming through the tills either there and then or through repeat business at a later date.

So how can operators get the most out of their teams during these times?

Where is Brenda today… 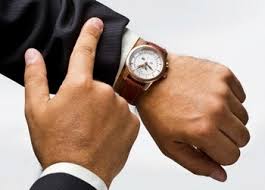 Talking to operators I am repeatedly told that one of the most challenging aspects of their jobs is the scheduling of staff – and that’s just on a normal week to week basis.  When it comes to staff rotas in and around Christmas this challenge seems to grow exponentially.  I therefore recommend that venues try and plan out their staff rota in far more detail and well in advance of what they would ordinarily do.  This should help both the outlet and individual staff members to have a clear picture of who is required to be in on any given day.

By scheduling the Christmas rota well in advance it may also help tease out those members of staff who may struggle with their work-life balance during these times.  By staying flexible and where ever possible and practical allowing people to swap shifts will usually result in a happier team.

Not always easy but I would also try and have at least a couple of people who you can put on ‘stand-by’ should you end up being short-handed during any given shift.  Nobody should be compelled to make themselves available, that would be counter-productive, but the offer of a free meal or some bar credit may often sweeten the deal.

Look out for warning signs… 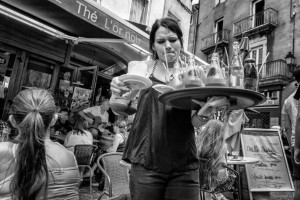 We are always told that Christmas is supposed to be one of the happiest times of the year however the reality is often quite the reverse.  Christmas can be expensive so watching out for members of staff who might be struggling to cope is important.  A report by the Licensed Trade Charity suggested that over half the people accessing their website and helpline in December 2016 were seeking advice on financial assistance or money problems.  This figure rose to nearly 60% in January 2017, so that’s also worth watching out for.

Another reality is that bar-staff, waiters and those in the kitchen often end up working either longer hours or more shifts as Christmas trade ramps up.  You and your staff are also likely to feel even more pressure to ensure that your guests have the best time ever.  It is therefore really important that you and your supervising team keep an eye out for uncharacteristic behaviour.

Staff showing anger or irritability when they would normally be easy-going maybe a sign there is a problem.  The sooner this can be identified and hopefully support provided the better it will be for the individuals health and wellbeing as well as the less likelihood that a situation might arise which impacts another member of the team or a customer.

What’s in it for them… 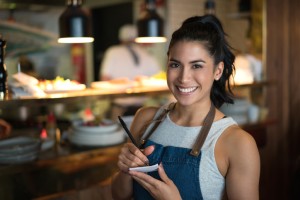 Clearly ever business is different and we all know that many venues operate on quite tight margins.  Having said that I have always been a great believer in sharing the rewards whenever you can.  In my experience the more connected people are to the success of a business the more likely they are to go that extra mile when it comes getting things done and making things happen.

And while it is true “cash is king” if as an operator you can’t see your way to providing straight down the line financial incentives for your staff there is no reason you can’t find more creative ways of rewarding them.  And I am not just talking about taking the time to personally acknowledge good performance, hopefully that’s a given.

Providing free food and/or drink for staff can go a long way to raise people’s spirits.  Many operators I know reward their staff with all-inclusive after-Christmas parties, usually in January.  Although I would always make it clear that this was reward for a strong team performance rather being something which is taken for granted.  If it becomes the latter then what’s the incentive?

Something else I have seen work, albeit only on a couple of occasions, was the inclusion of members of the wider team in new product tasting from a supplier.  Usually these events are only attended by a couple of key individuals.  Rewarding high-performing staff using this approach can also help create a greater feeling of involvement as well as the opportunity to try new and different products.   You just have to be careful it doesn’t become divisive.  It needs to be based on merit and not favouritism.

You reap what you sow…

Whether you acknowledge it openly or not as an operator or manager you have a duty of care to those who work for you.  Businesses that look out for and look after their work-force on balance tend to be far more successful than those that don’t.

Under-valuing the well-being of your teams is not only poor management it is also likely to have a negative impact on your bottom line.