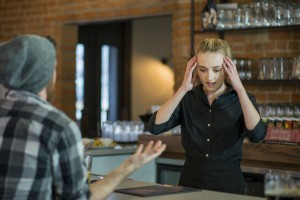 Anyone who runs a pub, bar or restaurant knows that their staff are one of their most important assets.  Unfortunately no matter what sort of outlet you run, from time to time you will encounter situations where your staff aren’t behaving or delivering in the way that you need them to.

Over the last few years I have had a number of clients who have had major issues with members of their teams.  And I am not just talking about casual or part-time staff, but employees who had been in role for years and in some cases this has even included supervisors and managers.

In bigger companies there are sometimes HR departments who can help with these things.  However for single site and even some multi-site operators these issues usually have to be dealt with at a local level.

So how should business owners and managers go about dealing with difficult members of staff?

The nature of the problem…

In the same way that staff come in all sorts of different shapes and sizes, so do the challenges and problems they bring.  These situations need to be looked at on a case by case basis.  One size will rarely fit all.

One of the first things I suggest operators establish when dealing with a problem with one of their team, is how long have things been going on for.  If something is quite recent, assuming it’s not too severe, then the way you can deal with it is likely to be different compared to something which has been going on for a longer period of time.  In these situations I would often recommend treating the employee almost as you would a complaining customer.

Check-in to see how they are.  Whether we like it or not, changes in people’s personal circumstances can often be reflected or magnified when they come to work.  Listening to what your employee has to say is always a good place to start.  No matter how frustrated you might be, it’s also best to stay calm, try not to get too aggressive (or defensive) and where appropriate be sympathetic, but avoid being phony-empathic.

As with customers, it also helps if you can repeat what you have heard.  This can be re-assuring for the individual as well as making sure you are both on the same page.  Depending on the nature of the problem it may well be possible for you to present a solution which will address the root issue.  In one particular case I came across, a simple change in working hours solved what could have become a serious problem.

One of the most common problems operators face is when a member of staff doesn’t perform their duties at the required standard or they do so but in an inconsistent manor.  In the past some operators have defaulted to an almost ‘Apprentice’ style approach – “your fired”, but in most cases I would advise against that.  Again with the caveat that the problem is not too severe.

So why do I not recommend this approach?  There are two simple answers to this.  Firstly it’s not very professional.  It might feel like the right thing to do at the time but decisions made on the spur of the moment can often have wider repercussions.  This brings me to my second answer.  Don’t underestimate the impact that this sort of behaviour can have on other members of the team.  A hiring and firing environment can quite easily create a very toxic culture.  Where everyone just looks out for themselves and mistakes are hidden, in fear of the consequences.

So what’s the alternative? 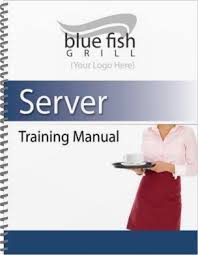 Well to begin with let me be clear, I am not saying people shouldn’t lose their jobs if they consistently under-perform.  However it needs to be done in a sensible and controlled way.  So what does this involve?

For me, good operators are the ones who clearly layout what is expected from each member of the team and in the best cases this will also include how this is delivered.  I worked with a restaurant manager a few years ago were we developed an operating manual/handbook, including outlining a vision for the restaurant.  This was given to all members of staff.  It made it very clear what was expected from each and everyone of them and as key, why it was important.

Of course writing procedures manual won’t necessarily work in every outlet.  That said, the clearer you can be in terms of what is required, the more straight forward it will be to hold individuals to account if or when they fall below the levels required.  It will also be easier for other members of the team to understand when and why you have had to tell someone to leave the business.

A step too far…

Regrettably whether you like it or not sometimes one of your team will do something completely unacceptable.  Again thinking about a previous client, they had the unfortunate experience of having a member of staff turn up drunk to one of their shifts.  Thankfully it was spotted quite quickly and the individual concerned was sent home immediately.  The matter was then dealt with properly a few days later in the cold light of day.  And they were dismissed.

Even more worrying is when you believe an employee is engaging in more nefarious activities, such as stealing from you.

In these situations your three greatest allies are Evidence, Evidence and Evidence.  Not always easy to come by but vital in proving or disproving any suspicions.  It is also essential to have if the matter ends up with the police or the courts.  Although I find it quite surprising that this happens less frequently than it perhaps should.

Whilst very difficult, you should also remove as much of the emotion or speculation around these situations as you can.  Again I realise that can be difficult but in the long run it is the right thing to do.

In most cases difficult situations with members of your team can be dealt with fairly quickly and without much aggravation.  The key as I have already said is to remain calm, to listen to what they have to say and wherever possible get as much information as you can on the situation.

That way you should be able to resolve things with the minimum amount of fuss and disruption to your operation.