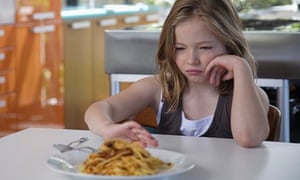 Whether we realise it or not many of us have had the luxury of being able to eat or drink whatever we want.  So over time we can come to some sort of conclusion when it comes to what we like and what we would rather avoid.  I for one have taken this for granted.  Following on from this I was talking with a friend a few years ago about how fussy children can be when it comes to food.  I explained how amused I was that both my children having turned 18 now adore foods which just a few years earlier they would have refused to eat.

My friend’s story however was somewhat different.  She had also been through a similar experience with what she assumed was a ‘fussy eater’ only to discover after consulting with a doctor that her child had a genuine allergic reaction to a certain food group.  As a result as a family they needed to re-think what they ate both in and out of home.  Whilst tweaking meals at home was a slight inconvenience it became clear that when eating in restaurants or pubs there was often a lack of options or even worse a lack of information regarding what individual menu items contained.

This meant that some restaurants and pubs just became no go areas for her whole family. 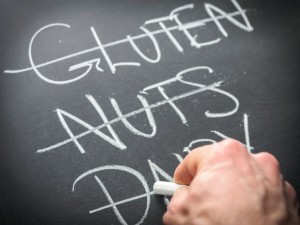 As with most things in life things are rarely black or white.  And this is certainly the case when it comes to people and food.  For example you have individuals who have what is known as an allergy.  This is usually defined as a specific response, often quite severe, by the immune system to a substance which the body mistakenly believes to be harmful.  You also have people who suffer an adverse reaction to a food type which although not impacting the immune system can cause varying degrees of discomfort and produce similar symptoms to that of an allergy.  These are classed as intolerances or sensitivities.

These days you will also often hear the words ‘Free From’.  This is used as a catch-all term to denote food or drink that has been designed to exclude one or more ingredients which have been identified as being something which some customers can have either an allergic or an intolerant reaction to.

Of course the devil is always in the detail but here are the four most significant sectors when it comes to ‘Free From’ food. 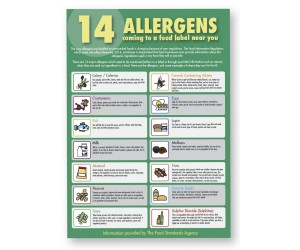 It is the responsibility of every operator to keep up to date with the laws which apply to the business that they are in.  That said at the time of writing there are two laws surrounding food labelling which are particularly worth being aware of.

On the 1st of January 2012 EU regulations came into effect which meant that only foods that contained less than 20 parts of gluten in a million would be allowed to use the term ‘gluten free’.  Then on the 13th of December 2014 the EU’s Food Information to Consumers Regulation came into force.  This stated that all eating-out establishments must be able to inform their customers as to whether any of the 14 major allergens are contained in their food. 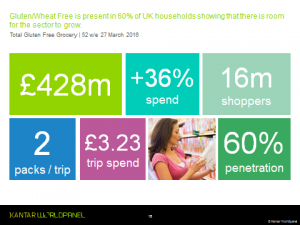 It is clear from talking to operators and customers alike that the number of people who are choosing some form of ‘Free From’ food or drink is on the increase.  This is not only because of the increase in the number of people being diagnosed with either an allergy or intolerance but also as a lifestyle choice.  In some cases people are just choosing to take a break from certain ingredients.

Those operators who can respond to this growing trend are more likely to do well than those who don’t.  Remember it doesn’t mean you have to change your whole menu; you just need to think a little bit more and perhaps be a bit creative about what you offer to make sure that those customers who want some form of ‘Free From’ have options to choose from.