One Too Many Drinks 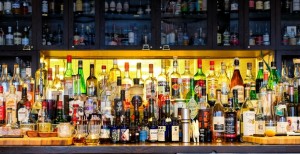 Over the years and before a change in ownership, I had the pleasure of working with a multi-site operator not that far from me.  One project I particularly enjoyed revolved round their drinks offer or more specifically what wines they stocked and sold.  While the main focus of the work was around pricing it did include recommendations on ranging as it’s usually a combination of these two elements which ultimately impacts profitability.

Although one of the USPs of the particular site I was looking at was their wine offer, it still amazed me as to the vast numbers they held in stock, over 200.  If it had been located in a bigger town or city that might have made sense, however based on where it was and the profile of its customers this definitely felt somewhat over the top.

The more questions I asked about the wines they stocked the more interesting the answers became.  In many cases, no pun intended, wines were being stocked because of the personal preferences of one of the owners or one particular regular diner rather than their suitability for the venue overall.  It also seemed that as the venue wanted to be known for its wine offer, they were often susceptible to whatever the latest trend were regardless as to whether any particular style of wine would actually sell locally.

While I like to hope that wet-led operations spend a huge amount of time thinking about what drinks they stock, I do wonder how much thought do most food focussed operators give to the range of drinks they offer? 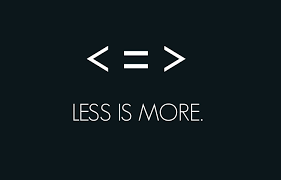 The original phrase “less is more” is actually from the world design and architecture.  The Architect Ludwig Mies van der Rohe (1886–1969) adopted the saying to describe his approach of arranging the necessary components of a building to create an impression of extreme simplicity.  These days the sentiment is used across many industries not least the world of hospitality.

This mantra is most notably used when designing food menus but should be equally taken heed of when looking at what drinks a pub, bar or restaurant looks to stock.

Don’t get too close… 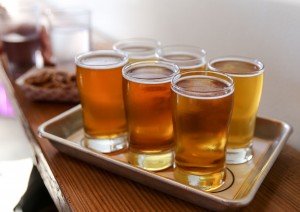 Over the years I have worked on a number of projects helping single sites right through to multi-site operators decide on what drinks they should stock.  And whilst one size never fits all there are some simple guidelines which are worth following.  The first and most important thing is to know your customers.  What are they looking for?  Or if you are a new venture, what sort of customers are you trying to attract?

Without getting into any complicated category management language the 3 basics when it comes to most alcoholic drinks are usually style, alcoholic strength and of course price.  In today’s world there is also an increasing demand for drinks which are suitable for vegetarians, vegans etc.

One of the most common mistakes operators can make when it comes to ranging is to have a lack of differentiation between what they are offering.  For example I have had licensees boast about the range of ales they stock only to find that the majority of them are IPA’s (Indian Pale Ales) and all priced within about 10 pence of each other.  Similarly there should be no need to have five different brands of Shiraz on your menu unless that is crucial to your core offer. 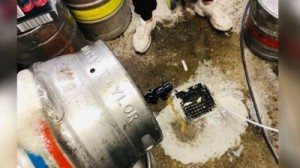 When it comes to draught beer and cider a big problem for operators can be slow moving brands.  Once a cask or keg is opened it only has a number of days before the quality of the liquid inside begins to deteriorate.  In the case of cask beers this is generally recognised to be about 3 days, with keg beers this can stretch out to about 10.  After this point you either risk serving bad quality pints or you have to throw what’s left away.  Keeping an eye on this is a key part of maintaining profitability.

While your customers might have told you they want a wide range of different beers or ciders, at the end of the day you have to way that up against how much money you might be throwing away.  If this is the case then you may be able to apply some form of 80:20 rule or something similar.  This would be where 80% of what you sell is based on a core range of brands and then you rotate the other 20% to provide the variety.

There should be less of an issue with packaged beers etc. but again it’s worth keeping an eye on throughputs to make sure that some brands don’t just become bookends.

All tied up and no place to go… 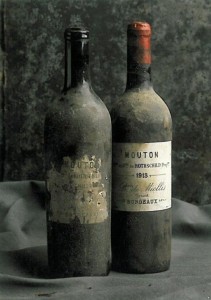 Although many people think bottles of wine last for ever, this is unfortunately not true.  And yes it is true that if unopened and it’s stored properly wine can be kept for years and years, but this will be dependent on its quality.  That said you should be able to keep even less expensive wines for a couple of years before deterioration starts.  The question is why would you?

Unless you are buying wine to lay down and let’s be honest most operators aren’t buying it for that reason, then unsold wine is just eating up capital.  One of the biggest challenges most operators have is maintaining a good cash-flow.  Therefore having hundreds of pounds if not thousands tied up in bottles of wine just doesn’t make commercial sense.

When this happens I often suggest venues run Bin End Sales.  As it is usually the more expensive wines which aren’t moving there should be enough value in the deals to make them attractive to customers.  Remember it is better to make a definite cash margin on an expensive bottle of wine rather than wait for a better gross margin (%) which you are unlikely ever to realise.

Other slow selling drinks such as bottles of spirits; rum, whisky, gin etc. can also tie up capital.  Unlike wine however spirits even when opened won’t go bad.  However once open over a longer period of time oxygen will interact with the liquor so that they will eventually lose some of their flavour or become weaker as some of the alcohol evaporates.

Even if you don’t think drinks play a major role in what your outlet offers, if you ignore them they can act as a leaky bucket when it comes to your overall profitability.  Either through wasted stock or tied up capital which good be used elsewhere.