We’re All Going On A Summer Holiday

Many (many) years ago not long after I joined what was then Bass, I attended a company conference.  The attendees were drawn from what were know as Operating Companies from across the business, each looking after a particular geographical area.  As part of one of the sessions there was an open discussion on how last years sales had been and more importantly what they may look like in the following year.

As we went round the table each delegate shared their views.  In most cases trading had been tough, but the expectation was that the summer months would come to the rescue and therefore overall the outlook was positive.  That was until we came to the manager who looked after the Midlands (Central Region).

He began very much as his contemporaries had however with one quite insightful and important difference and I quote, “that’s’ all very good for the rest of you, but we don’t have a coast in our region”.

So what was the significance of that fact?  He explained.  During the summer, as people began to take their summer holidays, they would abandon their usual eating and drinking venues in their town or city and replace them with one either abroad or at the seaside.  As a result, he didn’t expect to benefit from the same level of upside that his various colleagues hoped to enjoy across the summer months.  As many of his customers were likely to be spending their hard-earned money in other parts of the country (world!).

It is generally recognised across hospitality that having a successful summer trading period, along with Christmas, can often mean the difference between success and failure for many pubs, bars and restaurants.

It therefore begs the question, do operators give enough thought on how their customer base may change across the summer months, and what can they do about it? 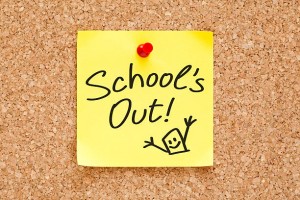 In my experience one of the biggest drivers for a change in the way that people behave across the summer can be linked back to when the local school holidays are.  If you don’t believe me, just consider how different the levels of traffic are when the schools have broken up vs term time.

Whether you have kids yourself or not, knowing when the schools break up in your area is a key piece of information which you should be aware of.  It might also have an impact on some of your staff’s availability.

As many venues have become more child friendly, the school holidays can represent an excellent opportunity to drive revenue by encouraging more families or at least child centric groups to visit.  That said, it is always about striking the right balance.  Too many children can often put off older more valuable guests.  While it often gets a bad press, a number of operators now put an age restriction on who is allowed to be inside their venues after a certain time of the day (night).  If that seems a bit too harsh for you then another alternative maybe to tweak or restrict your menu options.  For example, you could make it so your children’s food menu was only be available until 6pm.  If your outlet is big enough having family’s areas may also worth considering. 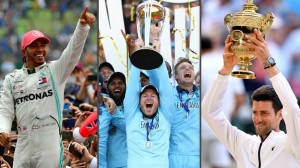 So, the summer is here, the weather is great (hopefully) and you are looking at creating some really exciting events to drive footfall.  This can be a great way of inspiring new customers to visit you as well encouraging existing customers to spend more with you.  However, a major watch out with anything like this is be very clear what you may be competing with, and I don’t mean just other outlets.

By pure coincidence I am writing this on the 14th of July 2021.  So why is that important in the context of this discussion?  Well, I’ll tell you.  Although it may seem like a lifetime ago let me take you back to the 14th of July 2019.  Anyone running an event or activity on that Sunday afternoon was in direct competition with not one but three different major sporting events; the Wimbledon Men’s Single Final, the British Grand Prix, and a simple matter of England vs New Zealand in the ODI World Cup Final.  You would have had to be running one heck of an event to compete with all three of these.

Of course, diary clashes can happen and sometimes through no fault of anybody’s.  Depending on what the clash is, you can either ignore it or in the cases above perhaps even embrace it.  There may be benefit to you to incorporate these major events into your own activities by actually showing them in your venue and creating theatre around them.

Even with smaller local events I would always suggest trying to ‘match rather than clash’ as your first thought.  If that won’t work at least you know what you are up against and maybe able to tweak your event accordingly. 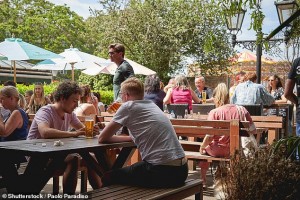 I began this piece by talking about those parts of the country which may see a drop in footfall over the summer due to their location.  It only seems right that I should finish by looking at those outlets who might benefit from new customers into their area and what sort of things they need to consider as a result.

As we have already said, for many pubs, bars and restaurants holiday makers or tourists are a vital driver of their profitability.  Just be mindful that you also want to keep your local customers happy and not ignore them as they are who pays the bills once autumn and winter comes.

Something else worth bearing in mind is making sure you encourage the right types of tourists to your outlet.  For some pubs and bars a young lively crowd is exactly what they are looking for, for others maybe families or even older couples.  Your marketing, menus and overall proposition should fit together in such a way that it is clear who you are looking to attract.  Get this right and you won’t have a problem.  Get it wrong and it can have quite a damaging effect.